I upgraded to OpenFire 3.5.1 a couple of days ago- Everything went reasonably smooth, thankfully.

One odd problem I’m having is with the new SparkWeb- For some reason, one group is completely blank in SparkWeb, but appears fine in Spark and other clients like Pidgin.

Has anyone else run into this? Any idea what the problem might be?

I’ve attached a screenshot that shows SparkWeb and Spark next to another with the group highlighted in red. 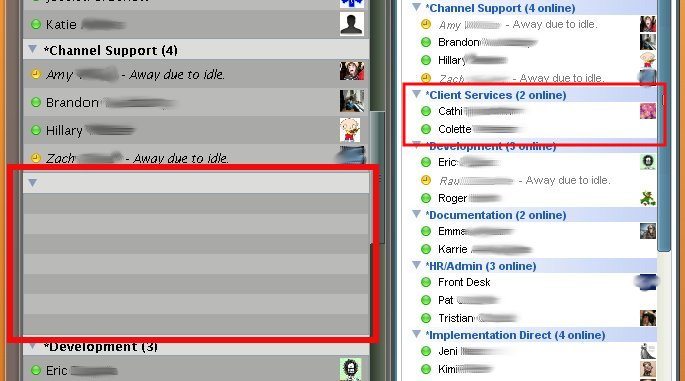 I reported the same issue yesterday! 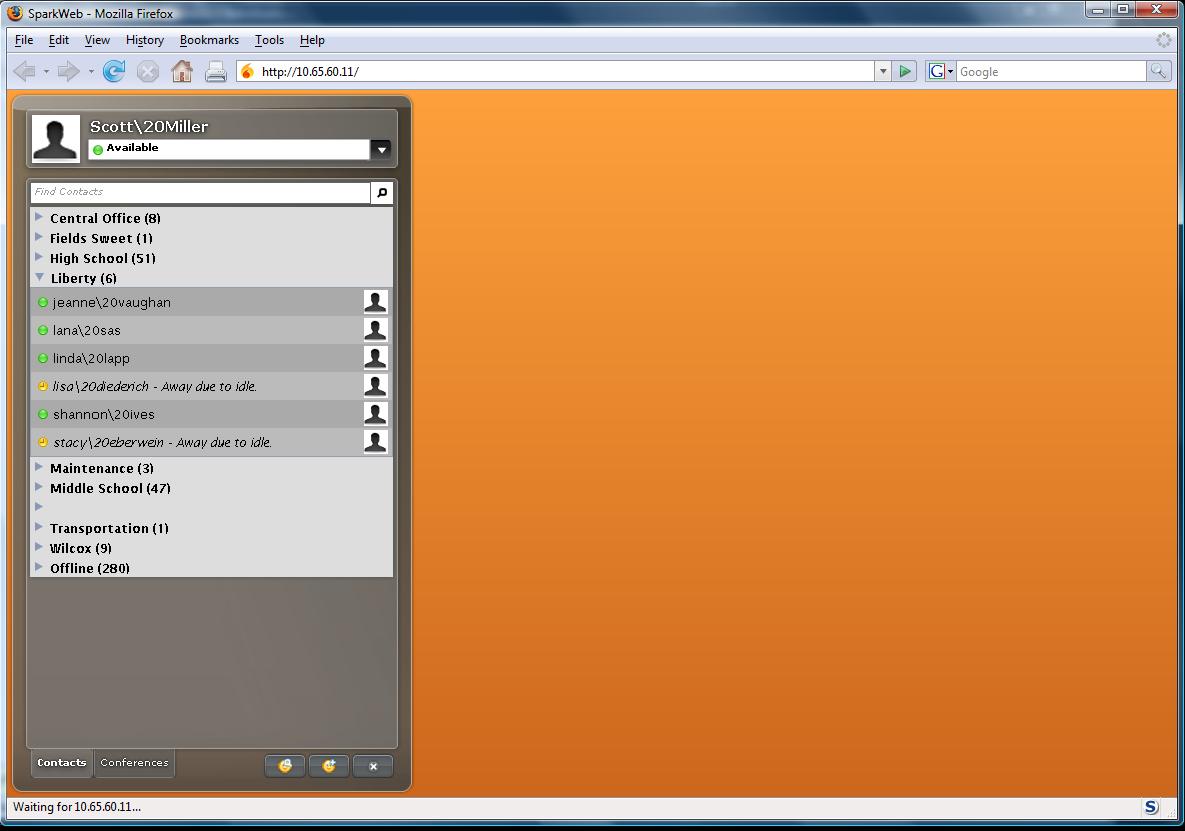 A few problems I am getting with Sparkweb

I’m glad I’m not the only one, however.

I had the same problem and was someone who had shared in two groups, when you remove one of the groups then appeared the group.

It would be good to have it considered for future versions.

I hope you will help.

Anyone know if a fix is on the way? i’m having the same issue… I wasn’t sure where it was coming from because in my case its coming from the same group i’m in. and its no biggie towards other people in the organization but it would be cool to see it sorted out.

Anyone know if a fix is

on the way? i’m having the same issue here… it would

be cool to see it sorted out.

A new Version it would be cool too

I am in multiple shared groups on my server as is everyone else. There is no issue with the users showing in the roster in each group they are a member of.

Went through every single group (100+). Disabled Sharing for ALL groups that I did not want displayed, only Enabled the ones I wanted. After those edits Sparkweb started displaying the missing group.